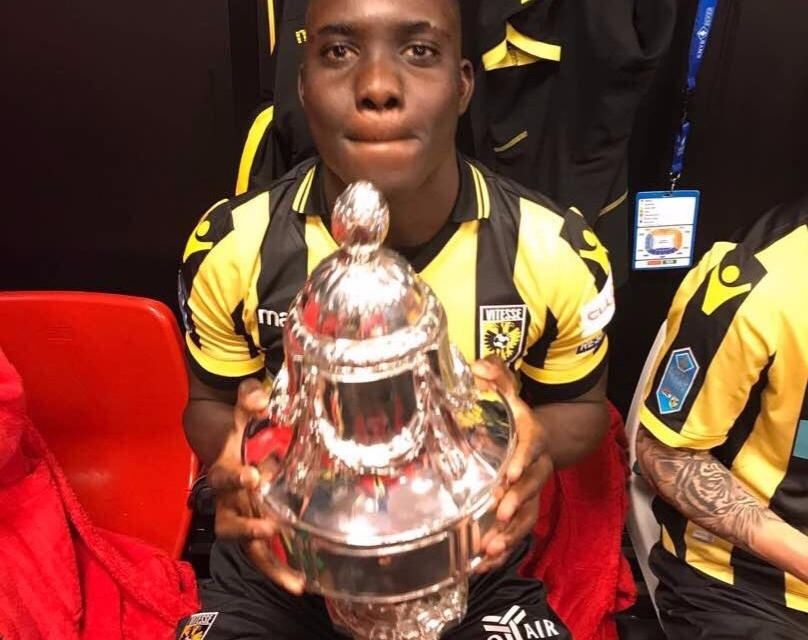 Striker Ricky Van Wolfswinkel scored both in a match Nakamba was influential throughout the duration of the game.

Nakamba who had a bright season in the Netherlands will now play in the EUROPA League next season.

After a brilliant opener by Matheus for the home side Shijiazhung in the 31st minute, Two goals by Mushekwi within 2 minutes in the 40th and 42nd minutes meant his side went into the break with a slim lead.

Adriano was able to find the equalizer with 20 minutes left of play.

Knowledge Musona (KV Oostende, Belguium)
The smiling assasin was back in action as KV Oostende finally remembered how to win, beating Sporting 1 nil to move a place up in the Belgian Championship playoffs.

Lucky Mkosana (Mariehamn, Finland)
Mkosana entered as a 68th minute substitute for Marienhamn as they drew 1-1 with VPS.

Kundai Benyu (Aldershot, England)
Kundai Benyu’s loan side Aldershot beat Braintree 2-0 on Saturday afternoon to confirm their place in the Vanarama National League play-offs and relegate the Essex side.