Battle of Zimbabwe clash abandoned due to crowd trouble 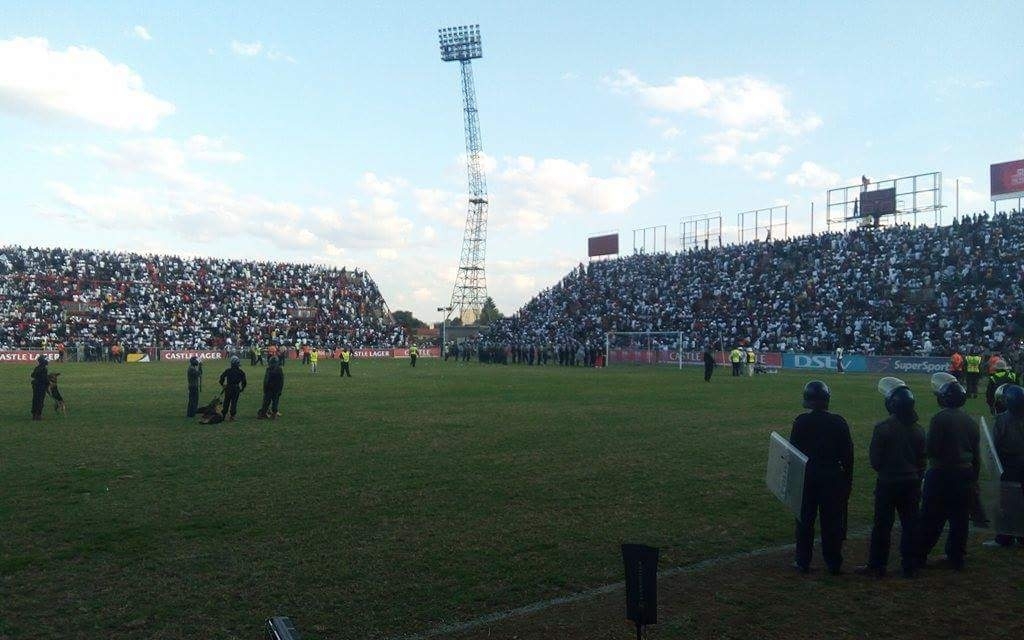 The much anticipated Battle of Zimbabwe Part 1 played at Barbourfields Stadium between home side Highlanders and Dynamos was abandoned following crowd trouble.

The score was 1-1 in the 42nd minute of the first half. Bosso fans were unhappy with Dynamos’ Christian Entouba equaliser which they purpoted to be offside causing a lengthy interruption.

Rahman Kutsanzira opened the scoring early on in the 23rd minute after being nicely set with a square ball by Gahadzikwa from a corner kick. Kutsanzira rifled a low shot that beat Mateyaunga in goals all systems out.

The fracas then was to follow after Dynamos put pressure and were able to equalise through Cameroonian import Christian Entouba. Entouba appeared to be in an offside position when the pass that deflected off a Bosso defender led to the equaliser.

Highlanders fans pelted misciles on far side Assistant referee Thomas Musasa whom they accused of not calling for an offside.

Bosso Marshals and Officials tried to calm down the fans but the farside fans wanted the referee to be changed.

More Controversy was to follow as Highlanders officials pleaded with Match Comissioner for farside referee Thomas Musasa be moved to the near side.

Efforts to have Musasa take position proved fruitless as he continued being pelted with misciles.

Players and match officials then trooped into the dressing rooms but never returned.

After over an hour of inturuption the match was then called off.

Decision on the fate of the match is likely to go under the PSL disciplinary committe for the final verdict.