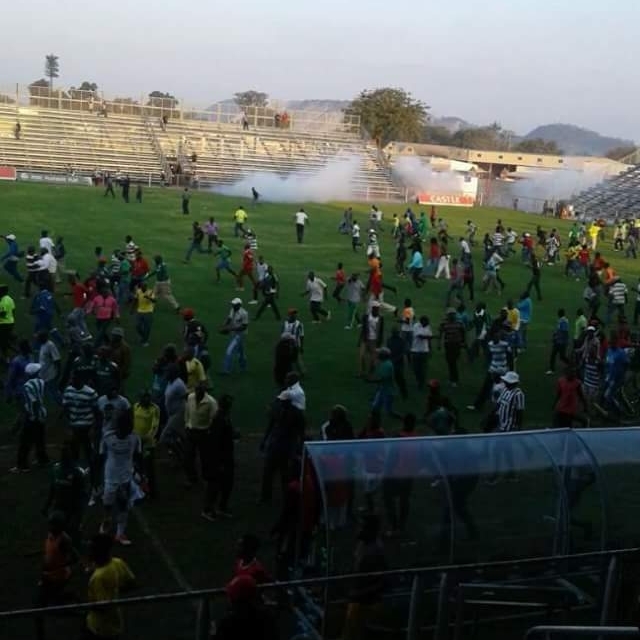 Hardly a month after another hearing, Highlanders FC have again been summoned to appear before a Premier Soccer League disciplinary committee over their fans’ conduct which caused the abandonment of a league match against FC Platinum away in Zvishavane at Mandava Stadium on Sunday.

The hearing will be held on the 6th of June and the schedule of offences includes pitch invasion, missile throwing and violent conduct by their fans.

In summons issued , Highlanders are being charged in terms of of Order 31; Acts of misconduct/ offences, which says it’s an act of misconduct when supporters misbehave in any manner whatsoever, inside or outside a ground before, during or after a match, no matter on which ground the match is played.

“31.1.13.1 Invasion or attempted invasion of the field of play, save for the reasons of crowd safety.
“31.1.13.2 Causing abandonment or attempting to cause the abandonment of a match
“31.1.13.3 Throwing or attempting to throw missiles, bottled and other objects, whether potentially harmful or dangerous or not, on to the pitch, or at any person” reads part of the PSL statement.

This comes hard after another hearing of which the outcome is yet to be heard.

The PSL went on to condemn acts of violence and hooliganism in football. It challenged club leaders to capacitate their security officials and educate their fans to eradicate violence in football.