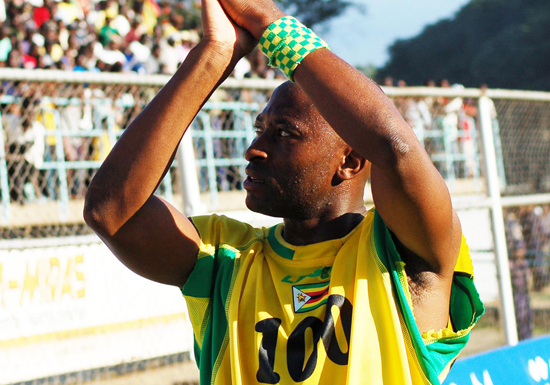 The KV Oostende star is in fine form and has just three players ahead of him in Zimbabwe’s all-time scoring charts and is being tipped to surpass them all.

The ‘smiling assasin’ added three goals in Zimbabwe’s latest outing against Liberia and has been backed to surpass Peter Ndlovu as Zimbabwe’s record goalscorer.

The 26 year old forward already has 21 international goals to his name in just 39 matches, with only Peter Ndlovu, Adam Ndlovu and Agent Sawu ahead of him on the national scoring charts.

Peter Ndlovu’s tally of 38 Zimbabwe goals in 100 games puts him well ahead of the pack.

Stats show that Musona moves at a faster pace than the Legendary Ndlovu. Ndlovu scored at a rate of one goal in every 2.6 games for the Zimbabwe Warriors, while Knowledge Musona scores 1 goal in every 1.8 games.