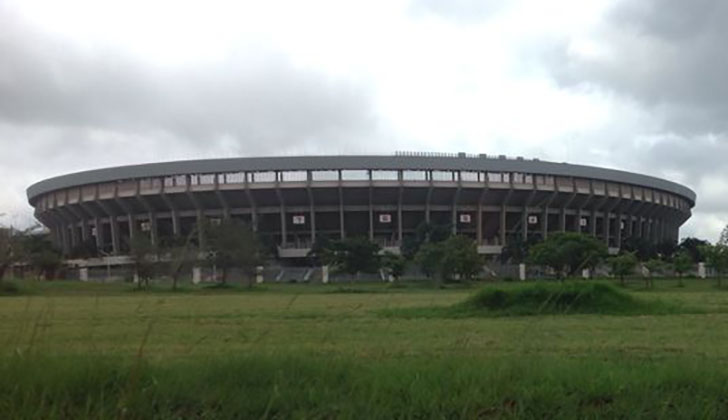 ZIFA have saluted local fans for turning out in large numbers for the Warriors’ African Cup of Nations qualifier match against Liberia on Sunday at the National Sports Stadium.

However huge service charges once again left the association with a loss despite grossing US$58 920.41 from the gates and a US$56 100.00 donation from PHD Ministries Leader, Prophet Walter Magaya.

The Warriors won their Nations Cup assignment last Sunday with a deserved 3-0 triumph over Liberia in a Group G qualifier before an 18 289 strong and appreciative crowd.

The figure released by the association does not tally with the huge crowd that saw at least 70% of the 60 000 capacity National Sports Stadium covered.

A number of fans entered the match venue for free using undesignated entry points after gates when opened late, a fact acknowledged by the association’s executive member responsible for finance Philemon Machana.

“We would like to apologise for opening the gates late due to circumstances beyond our control, “ said Machana.

“The National Athletics Association of Zimbabwe (NAAZ) was also using the same facility for its Southern Africa Athletics competitions, hence the unfortunate delay. NAAZ ended their programme at 12pm and gates were opened at 12.30pm.

“This resulted in congestion on some of the entry points, leading unsanctioned entry into the stadium by some supporters.  Traditionally, gates are opened at 10am. We will do everything possible to ensure that fans do not encounter such inconveniences in future added Machana.

KV Oostende hotshot Knowledge Musona, struck a hattrick to give the Warriors their first victory in the race for places at the 2019 Nations Cup finals to be hosted by Cameroon.

The cheapest ticket was going for US$3 and the most expensive seat was costing US$50. Zifa also issued complimentary tickets to invited guests while service providers and other accredited people constituted the rest of the crowd.

From the Sunday match, Zifa paid the Sports and Recreation Commission (SRC) $3 533, the Confederation of African Football $2 944 and Fifa $1 177. A total of $15 300 was paid for accommodation for Liberia while the referees from Uganda gobbled $3 800.