FIFA Confederations Cup Russia 2017: Everything you need to know? 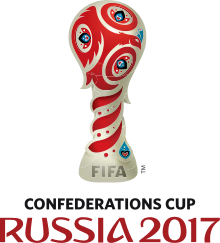 As Russia gear up to hold the 2018 World Cup, they will play host to seven other different countries in the Confederations Cup next year.

Spanning over four different different cities, the tournament is a welcome test ahead of preparations for the World Cup.

Here’s everything you need to know about the Confederations Cup.

Eight countries participate including the reigning World Cup Champions, the host nation of the World Cup and the six holders of the FIFA confederation championships.

The eight teams are split into two groups of four before the top two head straight into a semi-final fixture.

When is the 2017 Confederations Cup?
The first round of group stage fixtures will begin on 17 June until the last match on 25 June.

The semi-finals will then be held on both the 28 June and 29 June.
The third place play-off and the final are held on 2 July.

What teams will be included in the Confederations Cup?
In Group A there will be World Cup hosts Russia, New Zealand (OFC Nations Cup), Portugal (Euro 2016) and Mexico (CONCACAF).

Group B will include Germany (World Cup), Chile (CONMEBOL), Australia (Asian Cup) and the Cameroon (African Cup of Nations).