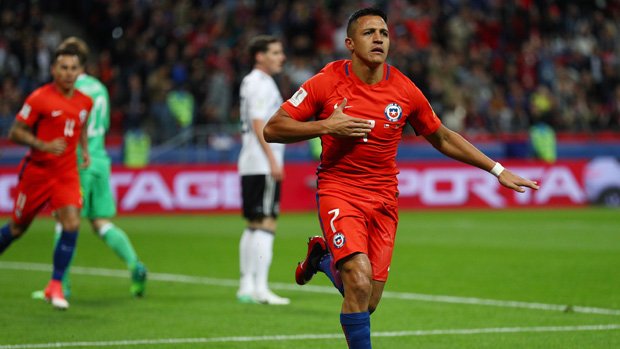 Lars Stindl’s equaliser ensured Germany made Chile and record-breaker Alexis Sanchez wait for a place in the Confederations Cup semi-finals with a 1-1 draw in Kazan.

Eduardo Vargas hit the crossbar for Juan Antonio Pizzi’s men, but Stindl struck for the second consecutive game before half-time.

A quieter second half did not produce a winning goal, meaning Chile and Germany stay level on four points at the top of Group B, three clear of Australia and Cameroon, who also drew 1-1 earlier on Thursday.

The two teams will progress to the last four if they avoid defeat in their final matches on Sunday, Chile facing Australia and Germany up against Cameroon.