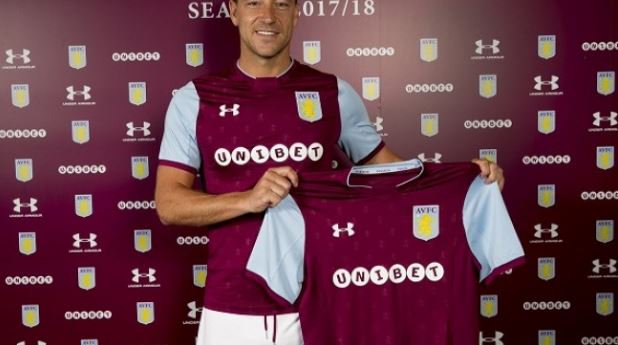 John Terry will finally make the step up to join Aston Villa, a club with one more English title than Chelsea! The former Stamford Bridge captain has had his transfer confirmed.

Terry left the Premier League champions after spending his entire career with the club on Saturday when his contract ran out on July 1st but it hasn’t taken him long to find a new club.

Earlier in the summer the 36 year-old had been linked with Villa as well as Birmingham City and Premier League sides West Brom and Bournemouth but he has made the decision to join Steve Bruce’s side.