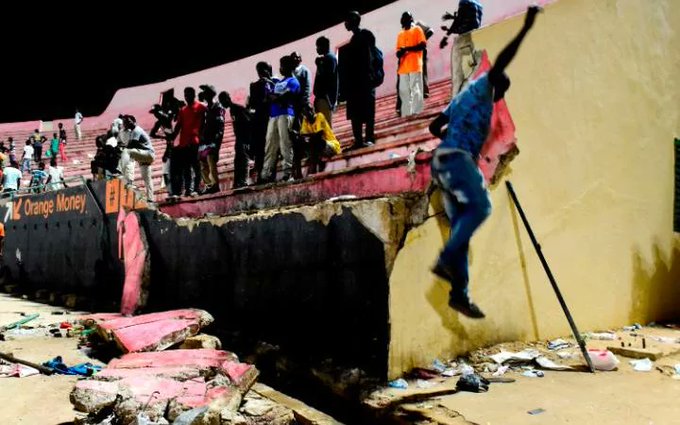 At least 8 people were killed on Saturday in a stampede and a wall collapse during a local league cup final in Senegal’s capital Dakar, local media reported.

With the score at 2-1 during extra time, a fight broke out between fans of rivals US Ouakam and Stade de Mbour. Police fired tear gas to control the rioting situation.

As spectators tried to flee the stadium, part of a wall supporting bleachers collapsed, killing at least 8 people and seriously injuring over 49 others.

Such deadly accidents at football matches are not rare in Africa. Just two months ago, a stampede in a match in Angola killed over 17 people and left hundreds injured.