Match Report: How Mine thump Caps United away from home 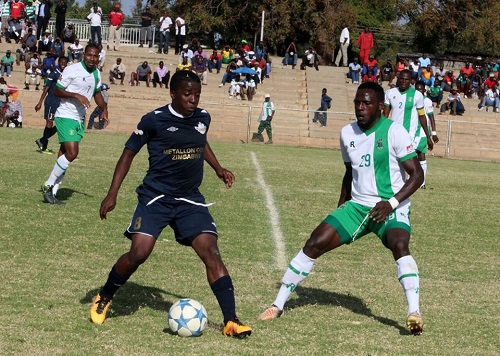 A double from Manhanga as well as another from Masuku saw How Mine defeat Caps United in a rescheduled match for the Castle Lager Premiership.

Caps United chose to open up proceedings at The National Sports Stadium started with a desire to gain a firm grip of the match early on, with bossing the midfield duels at the middle of the park.

A lively Kuda Musharu looked to open his account in for How Mine in the 16th minute after being found by a characteristically smart cross but unfortunately headed over the bar.

The goal did finally come in the 18th minute with Manhanga slotting home into the bottom right corner of the net collecting a rebound from a Toto Banda shot.

Caps United pushed forward in numbers for an equalizer and were dully rewarded 2 minutes before the break with Rusike soring from close range after receiving a through ball from Amidu.

After the break, Masuku put How Mine back in the lead with a well taken volley from just outside the area.

With 8 minutes left on the Manhanga put the game beyond reach for the defending champions with a turn and shoot from just inside the area.