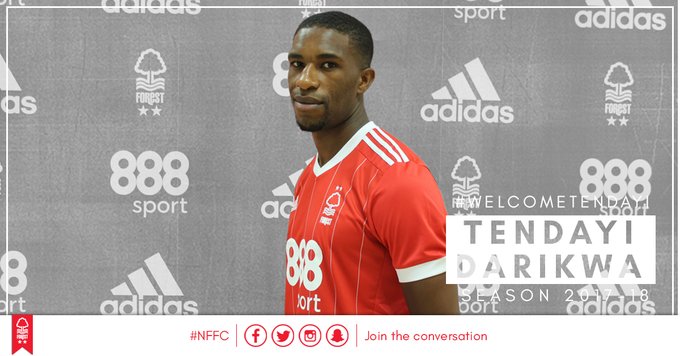 Nottingham have signed Tendayi Darikwa on a four-year deal.

The 25-year-old, who can play anywhere along the right-hand side, joins The Reds from Premier League side Burnley for an undisclosed fee.

Nottingham-born Darikwa started his career at Chesterfield, becoming a regular in the first team in 2012-13.

He made 21 league appearances, scoring once, in his time at Turf Moor but now returns home to take his place in Mark Warburton’s squad for the upcoming Sky Bet Championship season.

Darikwa can qualify to play for the Warriors by virtue of his parents being Zimbabwean.