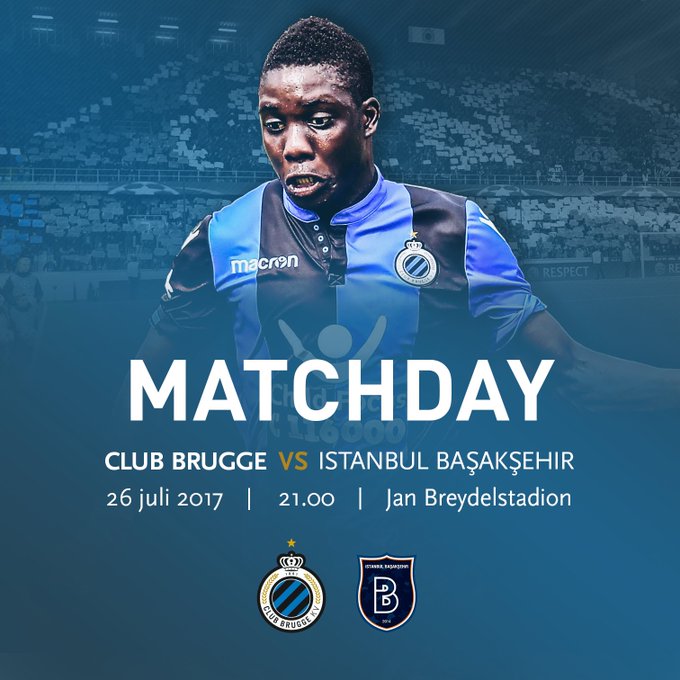 Marvellous Nakamba started and played the entire match for his Belgian new team Club Brugge in a Champions League Qualifier.

Brugge’s bid to reach the Champions League group stages stuttered with a 3-3 home draw against turkish side Istanbul Basaksehir in the first leg of their third-round qualifier.

Istanbul Basaksehir , making their first Champions League appearance and featuring former Arsenal and Manchester City striker Emmanuel Adebayor, almost staged the shock of the night after fighting back from a two-goal deficit in a thrilling 3-3 draw at Club gBrugges.

Elsewhere, Youngster Kundai Benyu’s Celtic stayed on course to reach a Champions League playoff after earning a 0-0 draw against Norwegian Rosenborg in the first leg of their tie.

Benyu got in as a second half substitute in a match they missed a focal point in an encounter where the visiting goalkeeper André Hansen had little to do.