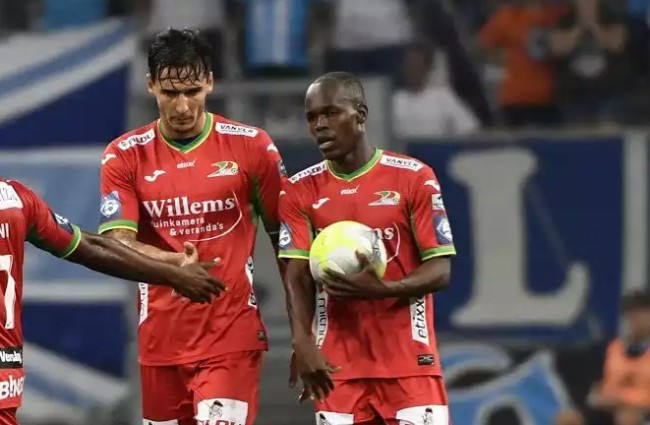 KV Ostende failed to outshine French side Marseille after going down 4-2 in the first leg of the EUROPA League qualifiers on Thursday but Zimbabwean international Knowledge Musona managed to score a consolation goal.

Marseille took the lead as early as in the 2nd minute but KV Oostende equalised through the penalty spot in the 26th minute through Sebastien Siani. Marseile however led the first half with Morgan Sanson restoring the lead.

The French side looked on course for a rout with another goal in the second half scored by Valere Germain – his second on the day.

The Zimbabwean star rose to the occasion to score a goal for his team in the 69th minute with a sublime finish but it was a case of too little and late as Valere Germain completed his hattrick with Marseille’s 4th of the day.

Oostende will be buoyed by 2 away goals as the will seek tk overturn the tables in the second leg set for next week.

In another Europa qualifier, Costa Nhamoinesu’s Sparta Prague also lost 2-0 to FK Crvena Zvezda of Serbia. Nhamoinesu was however not part of the matchday squad.