Tino Kadewere happy to be back after returning to training 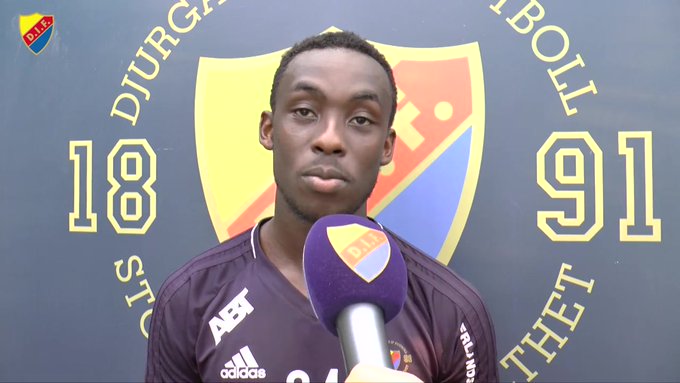 Zimbabwe International striker who turns out for Swedish top flight League side Durgadens – Tino Kadewere has declared himself “happy to be back” as he steps up his anticipated return from a long injury lay-off.

The 21-year-old has not featured for his team since May after a knee strain sustained at the beginning of the season was followed by a calf problem picked up in his first session back with his club.

Having spent last week finishing off his rehabilitation sessions the striker has now returned to training.

Kadewere admitted that missing training was a difficult thing having to train alone in the gym. He however was excited by his emminent return and believes he is now a better and much stronger player.

After missing 12 matches for Djugardens the Zimbabwean forward is targeting a return to action as the team seeks to consolidate their remarkable 3rd position on the log, 10 points away from log leaders.

“I’m happy to be back with the other guys at training,” Kadewere told his team’s website after his first training session.

“It’s the worst feeling to be honest but that’s football. Everyone picks injuries up. But Im coming back an even stronger player”