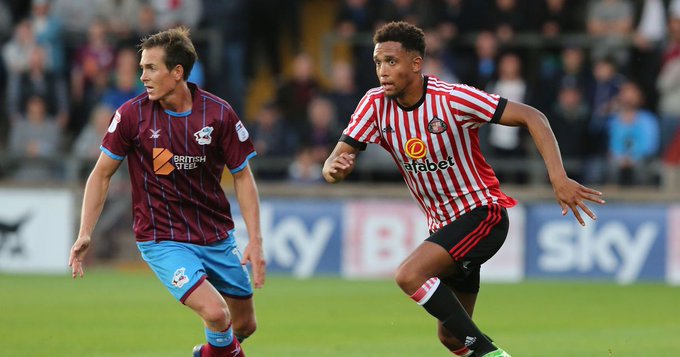 Zimbabwe Warriors’ hopefulls Kundai Benyu and Brendon Galloway are set to clash at the Stadium of Light as Sunderland face Celtic in the Dafabet Cup.

Sunderland welcome Celtic to the Stadium of Light on Saturday as they take in their final pre-season friendly ahead of the start of the Championship season.

Simon Grayson’s side have enjoyed a fairly successful pre-season, beating Bury and Livingston and drawing with Hibernian in their opening three games under Grayson.

Sunderland is home to Brendan Galloway who qualifies to play for the Warriors. Galloway declined an offer to play for Zimbabwe in the Africa Cup of Nations this season chosing to stay within the England set-up instead.

However, Galloway is still eligible to play for the senior Zimbabwe side.

Celtic is home to much talked about Kundai Benyu who was born in England but has shown desire to dorn the Warriors jersey.

Celtic is coach by former Liverpool coach Brendan Rodgers. Brendan Rodgers’ side last tasted defeat in and have already taken in three competitive games this season due to their involvement in the UEFA Champions League.

Benyu and Galloway who are both new at their clubs are likely to be given roles in the match as both teams size each other in preperation for the new season.