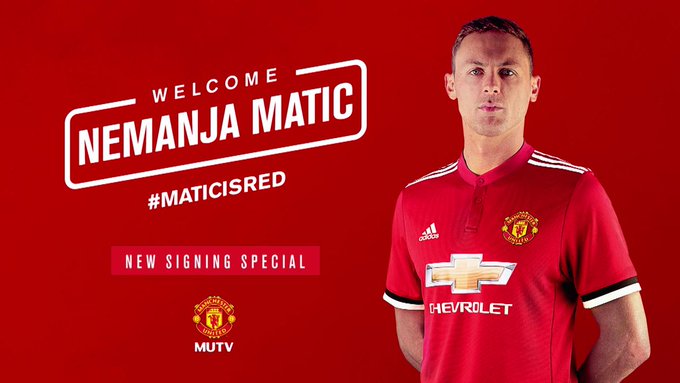 Manchester United have signed Serbia midfielder Nemanja Matic from Premier League champions Chelsea on a three-year contract with an option to extend for a further year, both clubs said on Monday.

Financial terms of the deal were not disclosed, but British media reported that United paid between 40 million ($52.48 million) and 50 million pounds to reunite the 28-year-old midfielder with manager Jose Mourinho.

“Nemanja is a Manchester United player and a Jose Mourinho player. He represents everything we want in a footballer; loyalty, consistency, ambition, team player,” Mourinho said in a statement.

“I would like to thank him for his desire to join us because without that, it would be impossible to have him here. I am sure our players and supporters will love him. A big welcome to our new number 31.”

Mourinho signed Matic when he was in charge of Chelsea in 2014. Matic, who originally joined Chelsea in 2009 before moving to Benfica in 2011, became an influential part of Chelsea’s title-winning side under Mourinho in 2014-15.