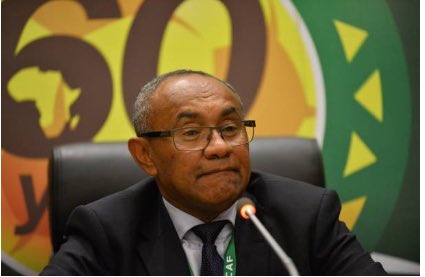 The Confederation of African Football (Caf) president, Ahmad, says Cameroon still needs “to convince Caf of its ability to host” the 2019 Africa Cup of Nations.

Speaking on a trip to Burkina Faso, the Caf President gave his clearest indication yet that Cameroon could be stripped of hosting rights for the newly extended event.

The 2019 Nations Cup will feature 24 teams instead of 16 and president Ahmad confirmed an inspection team will visit Cameroon later this month.

“Cameroon will have to work to convince Caf on its ability to host the event,” Ahmad said.

“We will send the experts and we will decide at the end of their inspection mission” he added.

On Friday, Cameroon government spokesman Issa Tchiroma Bakary revealed details of the eight-day inspection visit which will begin on 20 August and played down fears of sanctions if preparations were deemed to be behind schedule.