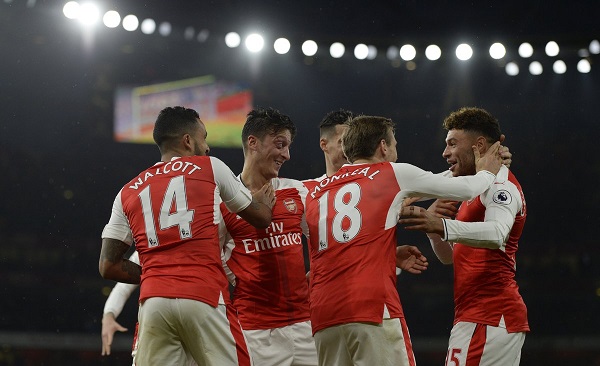 Aaron Ramsey and Olivier Giroud came off the bench to rescue Arsenal a 4-3 win over Leicester City in a thrilling start to the 2017-18 Premier League season on Friday night.

The Gunners trailed 3-2 heading into the final 10 minutes at the Emirates Stadium, having earlier taken the lead inside two minutes through debutant Alexandre Lacazette .

Arsene Wenger’s inspired changes paid dividends, though, as Ramsey levelled things up and then two minutes later Giroud turned the game completely on its head as Arsenal ended their opening-game hoodoo.

It is just the second time in seven attempts that the Londoners have picked up maximum points on matchday one, doing so in the most dramatic of circumstances.