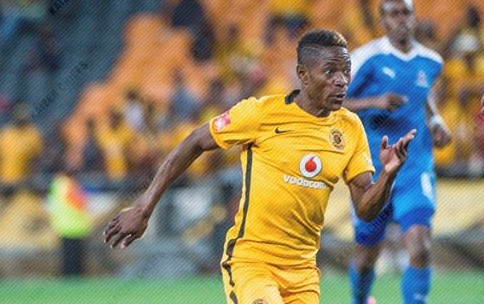 Zimbabwe striker Michelle Katsvairo is confident to make an impact on his return to Kaizer Chiefs from loan next season.

The striker had a frustrating season at the Soweto giants where he scored once and provided two assists in nine league starts and three substitute appearances.

In an interview with KickOff.com he said he was hoping to improve and became a better player.

The former Chicken Inn player who joined Tanzanian side Singida United on a season long loan in August also said he has settled well at the club.

“It’s not too bad as compared to South African football. I am impressed with what I have seen and am looking forward to enjoying my game here.”

With this loan move to Singida United, Katsvairo will play alongside his former Chicken Inn team mate Tafadzwa Kutinyu. He also joined a list of Zimbabwean players plying their trade in the country which includes Bruce Kangwa, who is at Azam, the Young Africa duo of Thabani Kamusoko and Donald Ngoma, as well as Simba’s Method Mwanjali.