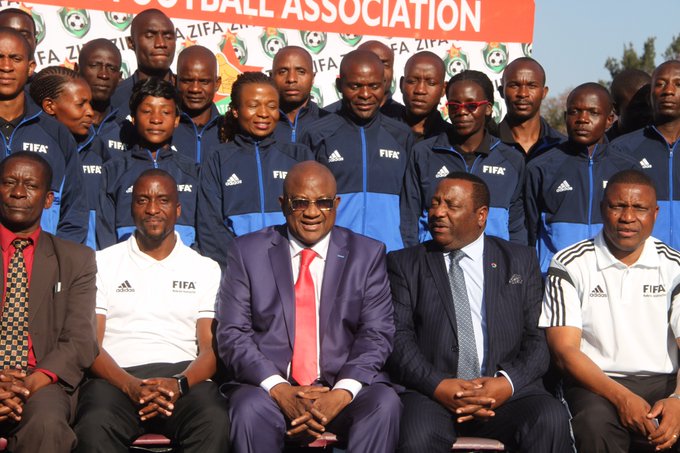 Local referees needs capacitation from the corporate sector so that they keep on enhancing their skills, top referee has said.

FIFA instructor and former Zimbabwe top referee Felix Tangawarima who is conducting a course for the country’s elite referees at Prince Edward High School in Harare said the corporate should also sponsor referees in as much as they sponsor other stakeholders in football.

” Zimbabwean referees are of high quality. At this course their response as been fantastic and nobody failed the physical training. But the corporate sector should also chip in with funding for the training of referees and also giving them material for their work,” said Tangawarima.

The multiple former Zimbabwe referee of the year winner also fired a broadside at critics who are quick to label local referees without understanding the changing laws of the game.

” Many a times people are quick to brand referees cheats or give them all sorts of names when in actual fact they don’t know the laws of the games. We urge the media to disseminate information every time there are changes in the laws so the the fans also get to understand some of the decisions by the referees,”

” Also there is no way referees can be corrupt without clubs bribing them. I am not saying it’s happening, but I have heard such stories. So if clubs don’t tempt the referee then there won’t be such corrupt tendencies. So these these things needs to be looked at both ends,” added Tangawarima.