Match Report: Ruthless Dynamos put six past How Mine

Dynamos ran riot at Barbourfields stadium when they punished a weakened How Mine side in a rescheduled league match on Thursday afternoon.

A late makeshift in Chikurupati’s dressing rooms saw the Bulawayo outfit fielding players from junior level and with less experience to face the Harare giants. It was not going to be an easy ride for the youthful squad who had to rue seeing six goals going past their whitewash. However all the problems started when senior players refused to play due to outstanding salaries and bonuses.

Without the likes of Rio Moyo, Milton Ncube, Munyaradzi Diya, Donovan Benard and Praise Tonha on their lineup, How Mine would first concede in the 25th minute when Dembare midfielder Denver Mukamba’ s effort found the net. Their hopes for a quick comeback were dented when Gift Saunyama doubled the lead on the 38th minute mark.

Cameroonian international Christian Epoupa completed a brace inside five minutes to give the visitors a well deserved four goal advantage before half time.

Just over the half hour mark, Lincoln Zvasiya added his name to the score sheet. Ruthless as they were during the first half, the Glamour Boys finished off How Mine with a priceless strike from Mukamba bringing the final score to 6-0.

Nonetheless, their six goal tally helped them to move to third position on 42 points, only separated from FC Platinum by goal difference. 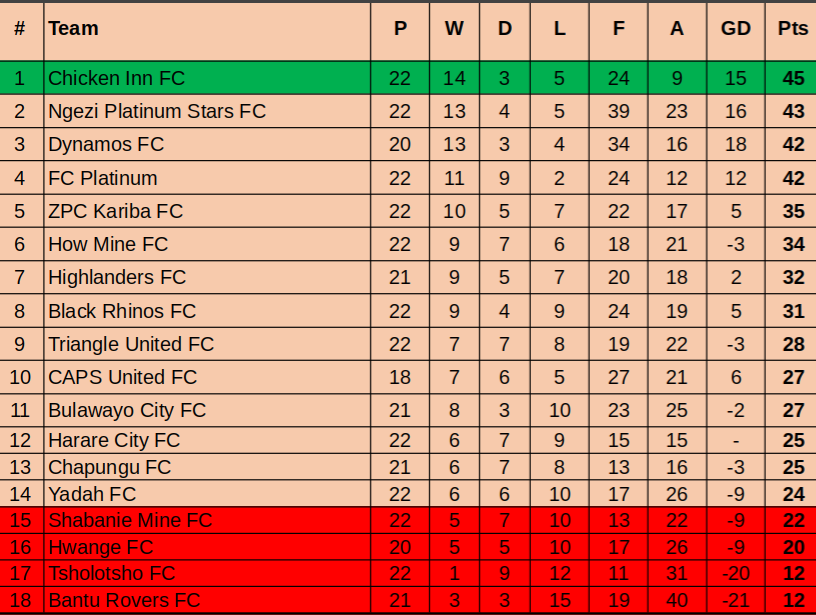