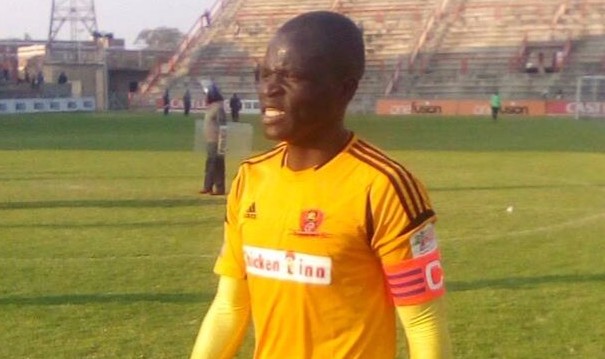 It never rains but pours for Highlanders whose troubles seem to be far from over after they stumbled again, this time to Ngezi Platinum Stars.

After a 0-1 loss to Tsholotso FC on Thursday, Bosso went down again by three goals to nill in a match played at Baobab stadium on Saturday afternoon. Things are now in bad taste for the giants after they showed another sub standard play.

The match had a cagey start which saw little action. Things heated up towards the half with Ngezi retaining much of the ball position.

With only four minutes left to the break, Madamburo went in to the lead through Tichaona Mabvura.

Bosso had little intentions towards the goal and never created meaning attacks. However, on the 66th minute mark, Admire Dzukumanja doubled the lead with a beautiful strike.

As things were beginning to settle down for Tshilamoya who were now search to pull back one, Mabvura caught Highlanders’ defence of guard and completed his brace in the 73rd minute.

With no hope of a consolation in the remainder of the game, the Bulawayo giants started to see how fading they were becoming.

The Gamecocks’ captain Moses Jackson, led by example when he scored the only goal of the match in the 36th minute. They are now on 48 points, two above Ngezi.

They have extended their unbeaten run to eight matches.

In Gweru, CAPS United had a torrid time in front of the goal when they played to a goalless draw against Chapungu.

Chapungu did their homework and kept Makepekepe away from goal for whole 90 minutes. Nonetheless, the draw meant that CAPS has moved a place up to ninth.

At Mandava, FC Platinum piled more misery on troubled Black Rhinos when they played to a 1-0 victory.

The visitors seemed to have countered the play FC Platinum was applying during the first half. However things changed in the second period when Rodrick Chinyengetere tapped the ball home, ten minutes from the restart.

Meanwhile visiting Harare City had a bad day in office after their former striker Francis Zikumbawire scored for ZPC Kariba in a 2-1 loss at Nyamhunga.

Before Zikumbawire went on scoresheet, the Sunshine Boys were already trailing after Godknows Mangwani’s goal from spot in the 24th minute found the back of the  net. A late consolation in the additional time by Martin Vengasayi made the scoreline 2-1 at the end of the game. 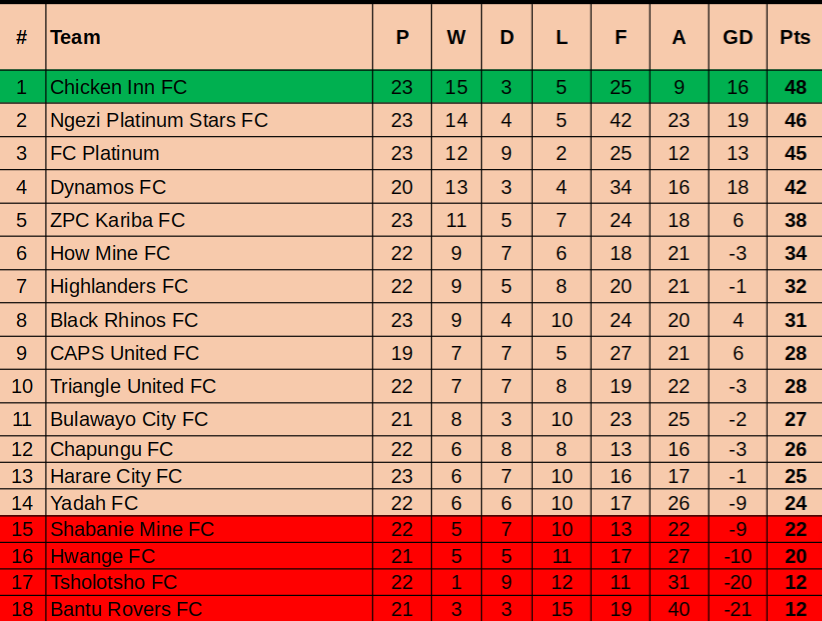