Dembare continue to cruise, Triangle,How Mine ,Tsholotsho pick up wins 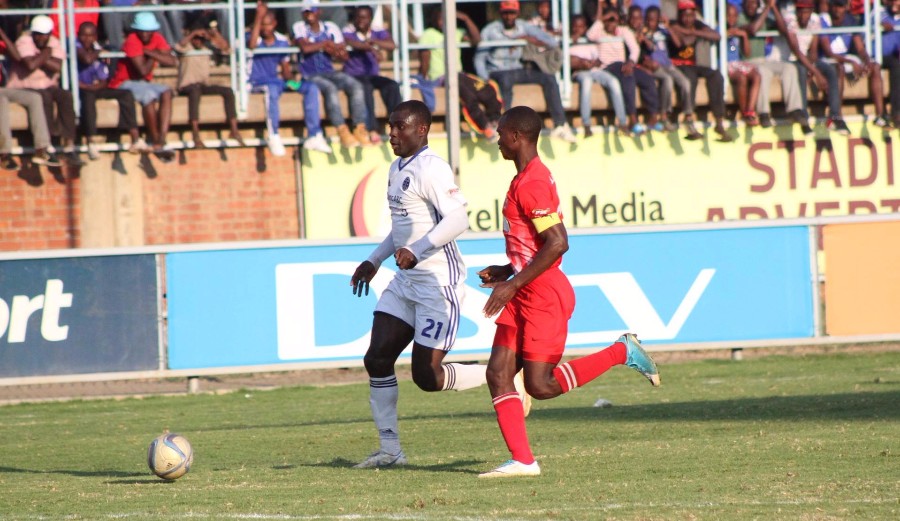 Ocean Mushure scored a contender for a goal of the season guiding Dynamos to a 2-0 win over Yadah at Rufaro Stadium.

Christian Epoupa weighed with the other goal as Dynamos moved into third position after a five match winning streak.

Dembare settled early into the match with Mushure and Mukamba coming close twice but lacked precision in front of goal. The Dynamos skipper however made it right on the stroke of halftime when he received the ball from Epoupa just outside the box and released a rising shot into the far right corner giving Tafadzwa Dube no chance.

Yadah coach Thomas Ruzive made a double substitution at the start of the second half bringing in Moses Demera for Milton Makopa and Munyaradzi Chiwara for Johannes Sibanda. The substitution ticked for Yadah as it added an attacking impetus with Demera and Mutuma linking up well upfront. The only difference was Dynamos goalkeeper Tonderai Mateyaunga who made some crucial saves first denying Mutuma on close range before thwarting another effort from Dennis Dauda.

With Yadah pressing hard for an equaliser, Dynamos got a cushion goal against run of play when Epoupa capitalised on poor defending by Yadah central defensive pairing of Dauda and Donald Dzvinyai.

The goal extinguished any hopes of a comeback from Yadah and Dynamos managed to hold on to a morale boosting victory ahead of the Harare derby against Caps United next weekend.

In Triangle, things didn’t go according to plan for Bulawayo City who succumbed to a 3-1 defeat.

Russell Madamombe opened the scoring for Triangle United just seven minutes from start. The Sugar Boys doubled the lead three minutes in to the second half when Ralph Kawondera’s effort found the net.

Lameck Nhamo put the game to rest few moments later when he scored a third goal for the hosts.

Seemingly out, Bulawayo City refused to go without a fight and grabbed a consolation courtesy of Clive Rupiya’s magnificent curler later in the last minutes of the game.

How Mine raised from the ashes of 6-0 humiliation to claim a convincing 3-1 win over relegation threatened Bantu Rovers.

The senior players who boycotted the last fixture came in full force when goalkeeper Munyaradzi Diya scored from the spot on the 51st minute. Seven minutes later, Toto Banda added another one to the tally. Bantu Rovers’ Remington Masuku pulled one back with 13 minutes to play.

A late score by Tsepo Ranthokoane  in the additional time gave Chikurupati a 3-1 win over their city rivals.

A first minute goal by Marion Chang from a penalty spot gave Iziqholo zeZhwane an early lead.However the lead would not stand for long as Shabanie equalised eight minutes later through Wilson Mupasiri.

The game saw little action on goal especially in second half as it remained 1-1 towards the end of the game. However a dramatic end to the game saw Tsholotsho scored to pick up their second win.

Bantu Rovers 1-3 How Mine 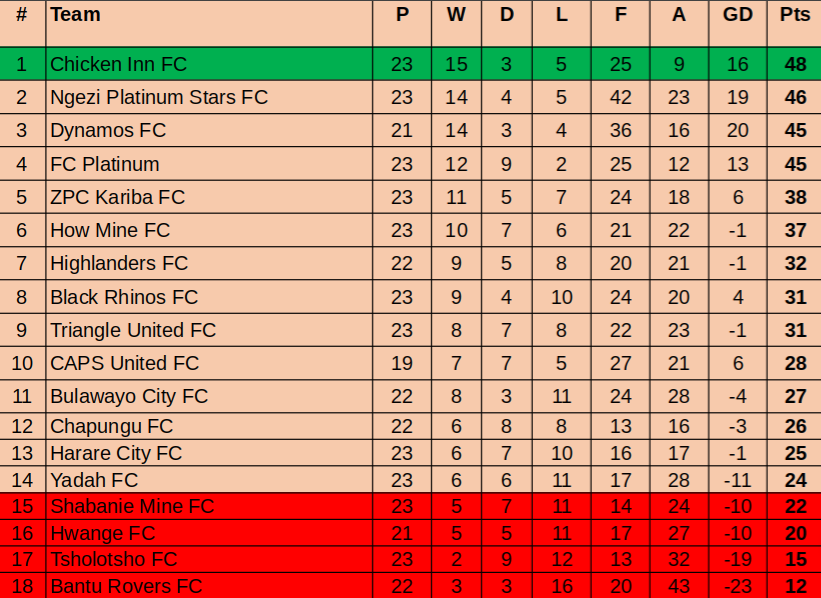