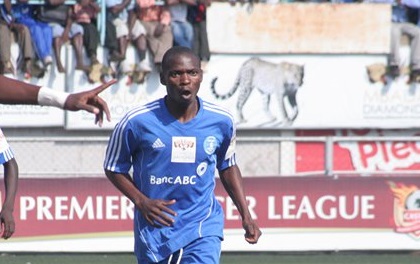 Dynamos coach Lloyd Mutasa has heaped praises on his skipper Ocean Mushure after another top drawer performance in the 2-0 victory over Yadah.

Mushure got his fourth goal in four matches when he opened the scoring with a beautiful shot from outside the box before sending in a delivery that Epoupa got the second goal.

” We have said it before that Ocean is an inspirational player in the team and that’s why we gave the leadership of the team. He has been leading from the from scoring goals and giving inspiration to the the young players,” said Mutasa.

The Dynamos coach however refused to be drawn into talking about the forthcoming Harare derby against an equally impressive Caps United next weekend.

” There is still a lot of days before weekend and a lot of things can happen in between these days. We will talk about that when we approach the day,”.

The Harare derby which was scheduled to have been played in the first half of the season was first pushed because of the unavailability of the bigger stadia as Rufaro stadium was still under renovation while the National Sports stadium was booked for a church service.

This was Dynamos’ fifth straight win while Caps United have also been in top form despite being held to a goalless draw away to Chapungu on Saturday. The last encounter of the Harare derby ended in a thrilling 3-3 draw at the National Sports stadium.