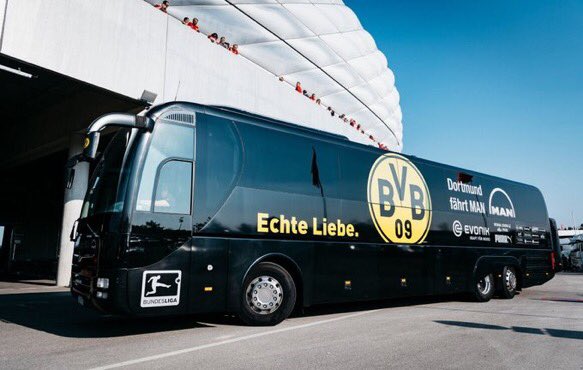 German prosecutors have charged the man suspected of targeting the Borussia Dortmund team bus in an April nail-bomb attack with 28 counts of attempted murder.

Dortmund were en route to their Signal Iduna Park home for the first leg of their Champions League quarter-final against Monaco on April 11 when three explosions went off.

Defender Marc Bartra was wounded and suffered a broken wrist, while the game was delayed by 24 hours – the Bundesliga side suffering a 3-2 defeat before eventually bowing out 6-3 on aggregate.

According to Goal.com, the Federal Prosecutor’s Office alleged that the 28-year-old suspect of dual German and Russian nationality, identified only as “Sergej W”, was motivated by financial gain after buying options on the day of the attack entitling him to sell Dortmund shares at a set price.

“If the shares of Borussia Dortmund had fallen massively, the profit would have been several times the initial investment,” read a statement from the Federal prosecutor’s office in the aftermath of the attack.

On Tuesday, the prosecutor’s office in Dortmund said: “We charge him with attempted murder in 28 cases which coincide with each other and with dangerous bodily injury in two instances.”

The prosecutor’s office declined to provide further details until the suspect and his defence lawyers had received the charge sheet.