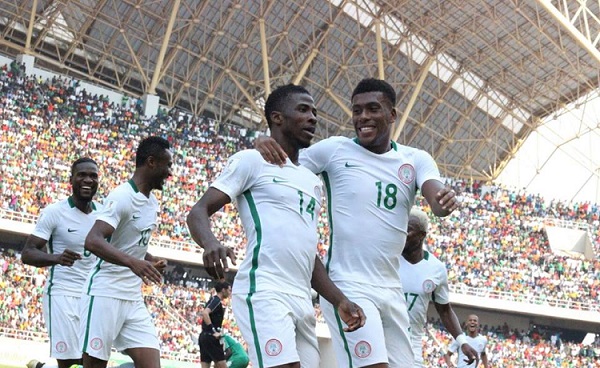 The road to Russia 2018 will enter another phase as Nigeria host Cameroun in a headlining fixture on Friday.
Though the general feeling is that the Super Eagles and the Indomitable Lions are two of the biggest teams in Africa, the encounter will also bring some of the football’s best talents to the pitch like Wilfred Ndidi and Kelechi Iheanacho of Leicester and Chelsea’s Victor Moses.
The West African giants have met 19 times and Nigeria has dominated through out with 11 wins in their pocket. However, though the hosts enjoy dominance, it is worth to note Cameroun has won three cup finals against their rivals.
The Super Eagles are leading Group B with six points while their visitors are second with two. A defeat for Cameroun on Friday will dent their hopes of qualifying to Russia 2018.
Meanwhile South Africa will play away to Cape Verde while Ghana and Congo clash in Kamusi, Ghana.
The game between Tunisa and DRC promises to be another epic clash happening on Friday.
Supersport will bring you live action of some matches across several channels with the Nigeria-Cameroun match starting at 6pm.