Diego Simeone has signed a new contract at Atletico Madrid 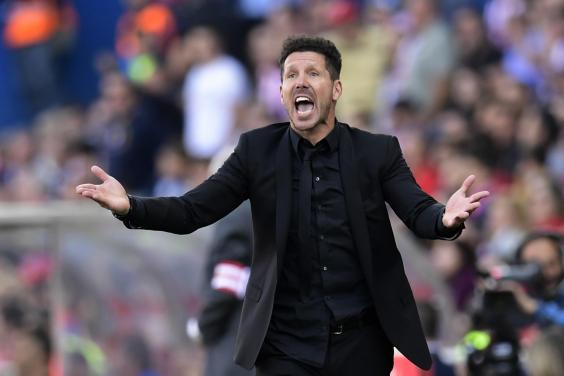 Atletico Madrid coach Diego Simeone has signed a two-year contract extension with the Liga club.
The 47-year-old Argentinian, who first took charge of the Spanish outfit in December 2011, will remain with Atleti until the end of June 2020.

A statement on the club’s website read: “Our manager signed the new contract that ties him to Atletico Madrid for two more seasons, until June 30th, 2020.

“The much-awaited news by the Atletico fans is thus confirmed, something that Enrique Cerezo, Miguel Angel Gil and Simeone himself have always hinted at in their public statements.”

Former Atletico midfielder Simeone led the club to Europa League success during his first season in charge before claiming the European Super Cup and the Copa del Rey the following term.
Simeone joined Atletico in 2011.

Further success followed with their 10th league title in 2013-14, when they also reached the Champions League final, only to be beaten by neighbours Real.

Last season Simeone guided Atletico to another Copa del Rey and – so far this campaign – they sit fourth in the league table after an unbeaten start ahead of Saturday’s trip to Valencia.

Diego Simeone has signed a new contract at Atletico Madrid