Mighty Warriors shift base to Bulawayo 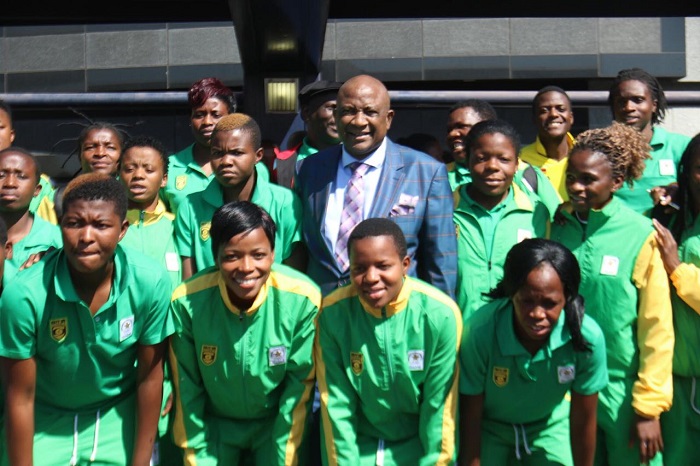 Zimbabwe Women’s national team will travel to Bulawayo to make their last preparations for the COSAFA Women Championships which starts on Wednesday.

The tournament will be hosted at Barbourfields and Luveve stadiums in Bulawayo. A record of twelve teams will feature in this year’s edition with East Africans Kenya coming in as a guest nation.

In an interview with Newsday, ZIFA communications manager Xolisani Gwasela confirmed that the Mighty Warriors will move their base to the host city.

“The squad is traveling to Bulawayo on Saturday so that they familiarise with the training grounds and match venues. The other teams are also expected to start coming in on Saturday,” he said.

The Communication Manager also appealed to the local residents and the nation at large to rally behind girls and fill venues as the nation host the tournament for the fourth time.

Mighty Warriors shift base to Bulawayo