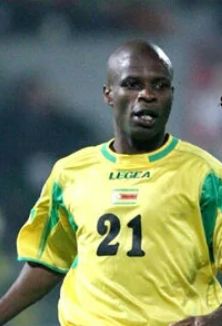 Matola who is in his tethering stages in coaching, working as an assistant to Darlington Dodo at Tsholotsho said he believes he has what it takes to be Warriors coach one day.

” Right now I am still learning the ropes. I am just starting as a coach but one day I would like to coach the Warriors. I believe in myself and I am very much confident that I will do it, ” said Matola.

Matola made his name at Circle United in 2002, making it into the national team before earning a move to Dynamos.

He later dumped the Glamour Boys for Buymore together with Francis Chandida and Gift Muzadzi before moving to Supersport of South Africa and Free State Stars during the twilight days of his career.

Since moving to Tsholotsho together with Dodo, the Zhwane Boys have managed to go for five matches without a defeat and most importantly a win for the first time this season.