We could have won it: Mathe 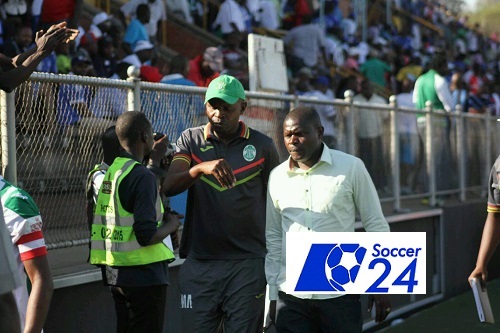 CAPS United assistant coach Mark Mathe believes his team could have won the match against Bulawayo City at Hartsfield stadium on Wednesday.

The Green Machine played to a 1-1 draw in a match they dominated and created several chances but were not luck on the goal.

Striker John Zhuwawo’s header served the day for the champions after they conceded in the first half.

In a post match interview, Mathe said they could have picked three points but they wasted many chances.

“We could have won the match but we were not accurate enough at the front. In the second half we created many chances but we didn’t convert them. That is what we need to work on,” he said.

Asked about how the attack was coordinating with three strikers but still failing to score, the assistant gaffer said his strikers executed the game plan correctly but they were just unlucky.

“According to our plan it went well. But looking at Bulawayo City’s defence, they were well disciplined. It wasn’t an easy game also, they resisted well.”

However Mark Mathe is happy for picking a point and they are hoping to build from that in the next game.