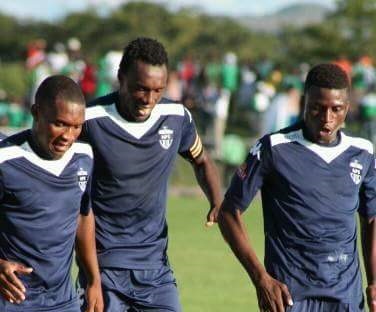 Ngezi Platinum Stars closed in the gap with the leading pack when they beat Harare City 2-1 at Baobab stadium on Friday afternoon.

The hosts set the tone in the first minute when Liberty Chakaroma’s strike missed the goal by an inch. The Sunshine Boys responded when Farai Madanhanga forced Nelson Chadya into a save moments later.

Ngezi went into the lead on the 15th minute mark courtesy of Qadr Amini’s long range strike. Three minutes later, the tally could have doubled but Chakaroma’s deflected shot went straight to the woodwork.

The game became a one way traffic as Ngezi controlled things for the remainder of the first half.

While hoping to restore parity in the second half, Harare City suffered a blow when Tichaona Mabvura pounced on the rebound and doubled the lead two minutes in to the second half.

City regrouped later and retained ball position but they never made any meaningful attack. Their biggest chance to crawl back in to the game came in the 80th minute mark when they earned a penalty after Malvin Gaki was fouled in the box. However they blew that chance after goalkeeper Tatenda Munditi took the penalty and sent it wide.

With only two minutes to full time, defender Jimmy Tigere pulled one back for Harare City with a header.

However it remained 2-1 after the final whistle giving Madamburo a convincing victory. They are now second on log with 49 points.