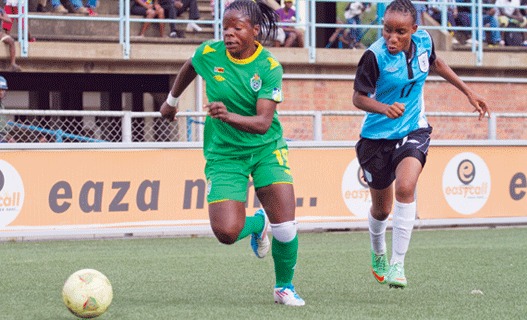 Rutendo Makore scored four goals to get Mighty Warriors off to a winning start in their COSAFA Women Championship Group A campaign against Madagascar on Wednesday aftertoon.

It was a breathless start to the match as Zimbabwe showed attacking intent from the off, and they came close to breaking through inside the opening exchanges with strikers failing to utilize the early chances.

Makore managed to break the deadlock only in the 42nd minute giving the Mighty Warriors a lead going to the break.

Zimbabwe put a dominant second half show with Makore scoring 3 goals in the process in the 48th, 77th and 80th minute that earned her the player of the match award.