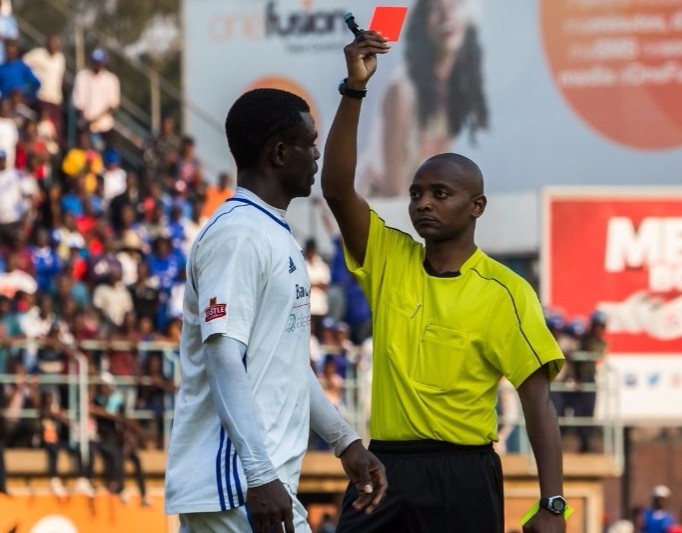 The Referee who officiated the ‘Battle of Zimbabwe’, Arnold Ncube, is reportedly facing a possible ban following his poor performance during the match at Rufaro Stadium on Sunday.

According to Newsday, the ZIFA Referees Committee was set to meet this week to discuss the match report, as well as video footage after which they would consider banning the referee for poor officiating.

Ncube had a horrible day in office, making controversial calls throughout the match and was criticised by both teams and their sets of supporters.

Anonymous sources said the decision will only be made after they receive the report from the match official.

“The referee is likely to face a ban for his conduct. But it’s a matter that will be decided by the ZIFA referees committee after receiving a report from the match official. They shall go through the report and then make a decision,” a source said.

Zifa president, Philip Chiyangwa chairs the referees committee. On Monday, Chiyangwa’s committee made a shocking decision, when they announced they had rescinded Ntouba’s red card, a decision, which has since been nullified by the Premier Soccer League.

He made numerous wrong calls that on the day include denying Highlanders a penalty after Godknows Makaruse was felled inside the penalty box before he was cautioned for simulation.