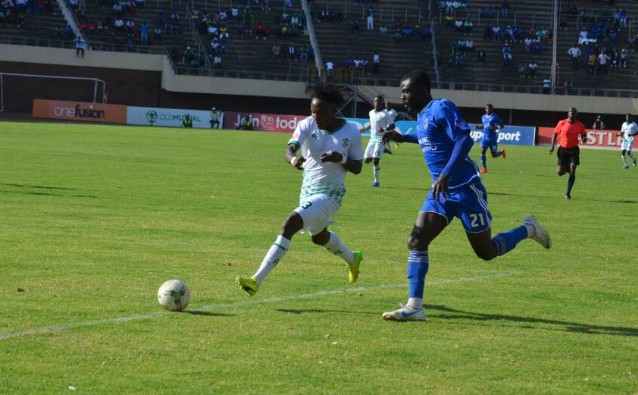 Dynamos will be hoping to complete a double over their city rivals CAPS United today at Rufaro Stadium.

Just two weeks after another explosive Harare Derby which saw Dembare emerging 2-0 victors and ended CAPS ‘ two year dominance, today’s game will bring another exciting encounter. Christian Epoupa was the hero of the derby when he scored a brace on the day.

Sadly the Cameroonian will not be part of the Glamour Boys’ squad after he received a red card during a 1-1 draw against Highlanders on Sunday.

Also missing from the action today is defender Lincoln Zvasiya and midfielder Tichaona Chipunza who are suspended for accumulating three yellow cards.

A win for Dembare will put them on top of the table with 52 points. They are currently on third with 49 points.

However, the victory will not come easy with Makepekepe team looking strong on paper. They have most of the regulars available for selection except for Valentine Musarurwa who is on suspension. Dominic Chungwa will be looking to equal or surpass Ntoba’s season tally of twelve goals. He currently have eleven goals.

The Green Machine are also coming in to the game with a last week3-1 away win over Bantu Rovers. This will somehow boost their confidence ahead of the derby.

The match will be live on Supersport from 3 pm.