Zimbabwe and Malawi play in Must win game at COSAFA 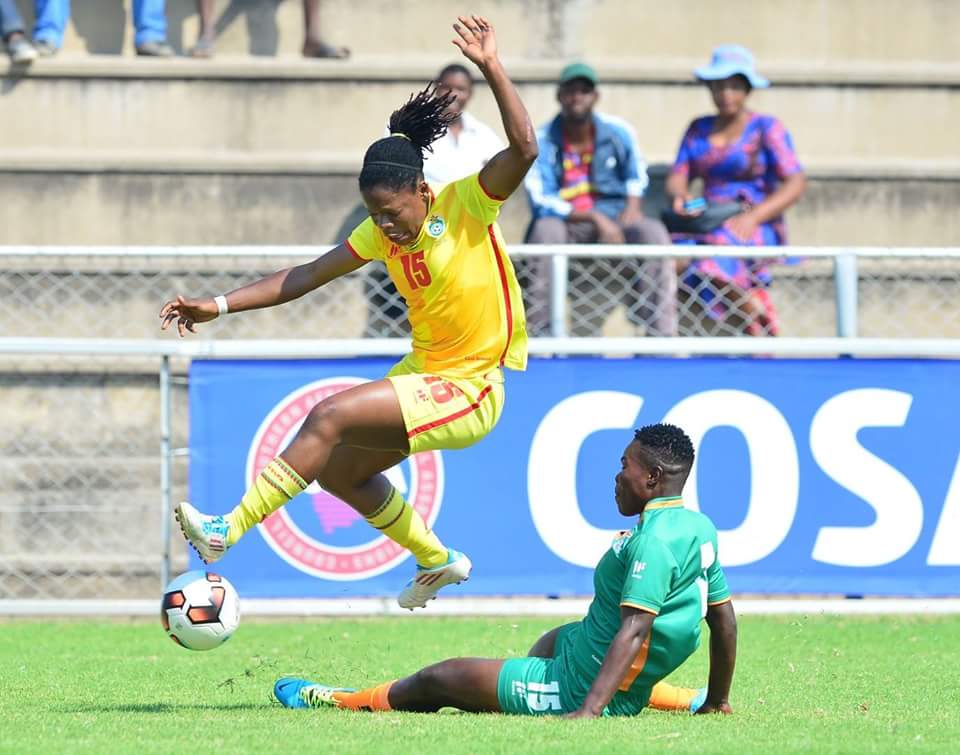 When Zimbabwe Women National team line up against Malawi in Bulawayo at 1400hrs in the afternoon — a must-win COSAFA Championships Cup match for both teams — it will likely be a bruising encounter.

The Zimbabwean coach Sithethelelwe Sibanda will face something of a kindred spirit in the opposite dug out. The two sides are desperate for progress and there is no doubt a bruising battle is on the cards.

While Zimbabwe will bank on home advantage, Malawi too have a capable squad led by inspirational Captain Tabitha who has scored 7 goals so far in the tournament including 3 goals scored against a strong Zambian side.

Zimbabwe need at least a point to acquire qualification as they lead group A over Zambia only by a +1 goal differential. Malawi is on 3rd with 3 points while Madagascar who are virtually eliminated still have no points and will face Zambia.

On Friday Malawi hit Madagascar for six although they also allowed three in. Zimbabwe’s defence will have to be at their best to thwart Malawi’s attack and ensure they win by a wide margin.