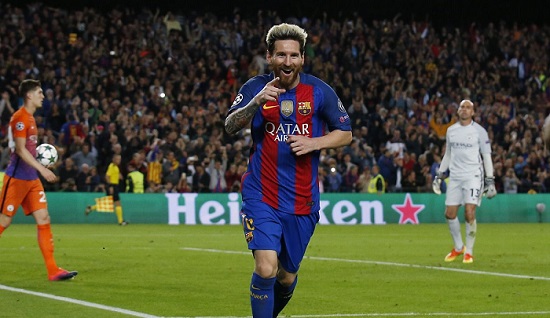 Messi scored his first goal through penalty which he converted in the 21st minute.His second was a remarkably accurate finish in the far post just before the hour mark, while Paulinho played him in to stab home his hat-trick just three minutes later.

Barcelona`s rout was completed when Messi played a one-two with Aleix Vidal and tucked home in the 87th minute past the goalkeeper. Denis Suarez scored the other goal and set up Paulinho with a corner for Barcelona`s second of the night.

Meanwhile, Cristiano Ronaldo is set to return for Real Madrid today against Real Betis after his five-match domestic suspension. Madrid are seven points behind Barca having played one less game.