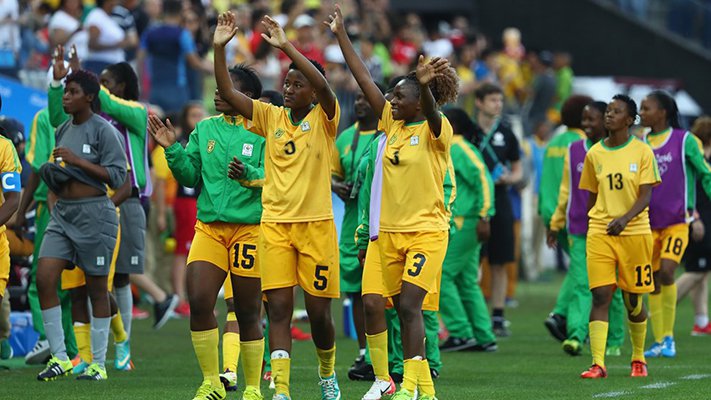 Zimbabwe National Women’s team booked their place in the COSAFA Women Championship after an emphatic 4-0 triumph over Kenya.

The match started on high pace with the ball swinging from side to side. Makore almost reached for goal in the seventh minute but her strike had no enough power to cause problems for the goalkeeeper. It was not going to be long when she finally found the back of the net four minutes later.

She scored from a close range after receiving a long cross from Talent Mandaza on the left side.

The host country retained the better of ball position and created some good attacks. However they doubled their lead on the stroke of first half when Kabwe ghosted from nowhere and capitalized on a defensive blunder by Kenyan back line.

The Mighty Warriors resumed the second half more organised and they scored a third goal eight minutes from restart through Nyahumwe. The midfielder kept her nerves cool and smashed a freekick direct to the goal.

With all hopes of a come back slowly fading, Kenya continued to play second best and they never followed with a meaningful attack.

Things got worst for the East Africans when Mupeti fired home her effort in 89th minute.

Mupeti’s strike sealed a convincing victory for the Mighty Warriors who will meet South Africa in the final which is a repeat of the 2011 and 2002 finals.