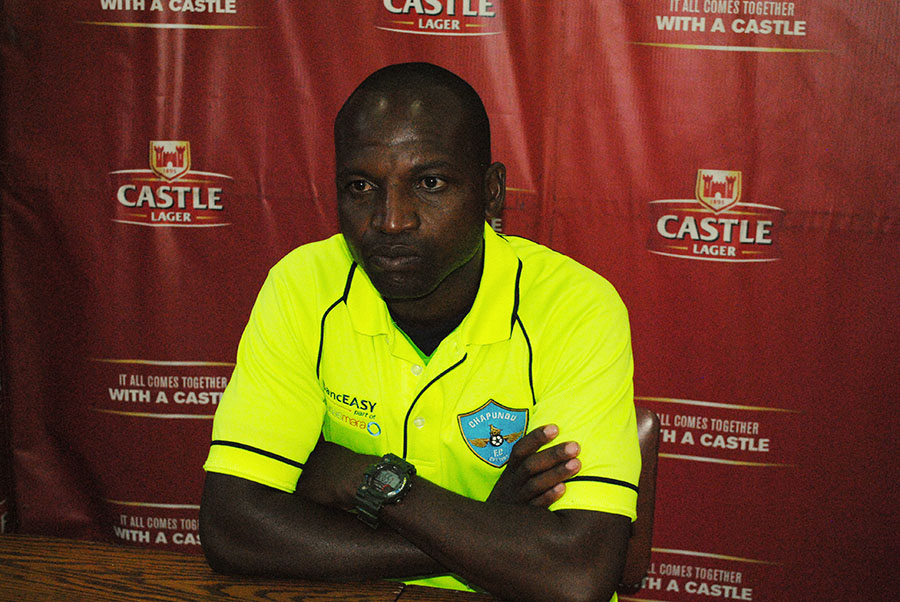 Chapungu coach Tendai Chikuni admitted that facing FC Platinum will always be difficult for them especially when they are playing at Mandava Stadium.

Chikuni’s charges are playing FC Platinum today in Chibuku Super Cup first round in Zvishavane. Pure Platinum Play have been in good form of late, after going for a four match winning streak in the league.

With a poor record against the Zvishavane side, Chapungu gaffer told Newsday that they need to be at their best if they want to come out with something from the fixture.

“This is a cup game and it is different to a league match, so we need to be at our best,” said Chikuni.

“This team (FC Platinum) has not lost at their home ground and they have always been a tough opponent for us, so it’s not going to be an easy match because they have that ability to turn tables against any opponent they play.”

The coach also bemoaned about the heavy fixture schedule which is taking a toll on his players.

“The fixture schedule is difficult for us. We played on Thursday against Dynamos and we also thought it was going to be good and fair for the team to play on Sunday, when we have rested, but anyway these are some of the things which are beyond our control,” he said