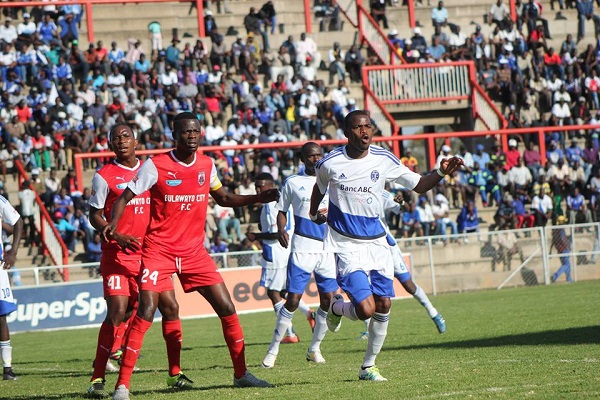 Dynamos suffered elimination from the Chibuku Super Cup at the first-round stage on Sunday as they were beaten 2-1 by Bulawayo City.

Dynamos opened the scoring through inform striker Christian Epoupa in the 15th minute.

Sipho Ndlovu put Bulawayo City to parity against the run of play in the second half after Dynamos had dominated the play at Rufaro Stadium.

The strike served to galvanise the Bulawayo side – and they made certain of their place in the next round when Zephaniah Ngodzo powered an unstoppable freekick, ending Lloyd Mutasa’s side’s tournament hopes in the process.

Title holders Ngezi Platinu were edged 1-0 by defending league Champions and rivals Caps United in the round of 16 at Baobab Stadium.

Moses Muchenje scored the solitary goal from the spot after Bamusi was adjudged to have been hacked down inside the box.

Bulawayo giants Highlanders continued to sing the blues after losing 2-1 at Mandava stadium against Harare City in match dominated by fan trouble.

William Manondo opened the scoring in the 27th minute and Grey Mufandanda doubled the lead in the 40th minute.

On the stroke of halftime, Tendai Samanja turned one into the back of his own net pulling one back for Bosso. The second half was unable to produce any goals.

Elsewhere, Shabanie Mine edged ZPC Kariba 2-1 to secure progress through Farai Mupasiri and Mtigo’s goals, while Tawanda Nyamandwe got the goal for Kariba.

How Mine beat struggling Bantu Rovers 2-1 courtesy of goals from Kuda Musharu and Thembani Masuku.