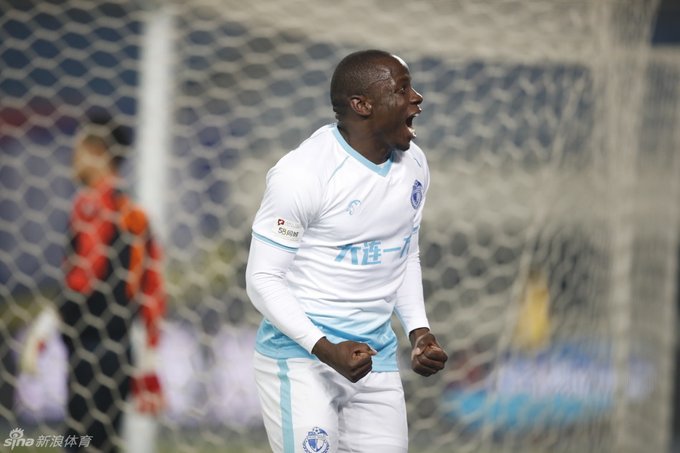 Knowledge Musona (KV Ostende, Belgium)
Musona still kind find the ellusive first win as they had to crawl from behind to draw 1-1 against Genk. Musona though did show great signs of brilliance, the goal couldnt come as they picked only their second point of the season in 8 matches played so far.

Nyasha Mushekwi (Dalian Yifang, China)
Mushekwi who sits as number 3 in the top scorers chart of the Chinese League 1 enjoyed another good spell as his tesm dislodged Qingdao 4-2 to remain just a point away of securing Super league promotion. Though the big striker could not add to his goal tally, Mushekwi enjoyed another full game display.

Costa Nhamoinesu (Sparta Prague, Czech Republic)
Nhamoinesu served the first of his 3 match suspension for his last weekend’s Red Card. He watched from the terraces while his team trounced Teplice 3-0.

Tinotenda Kadewere (Djugadern, Sweden)
Young striker Kadewere was an unused substitute as his team was held to a 1-1 draw with Hammarby.