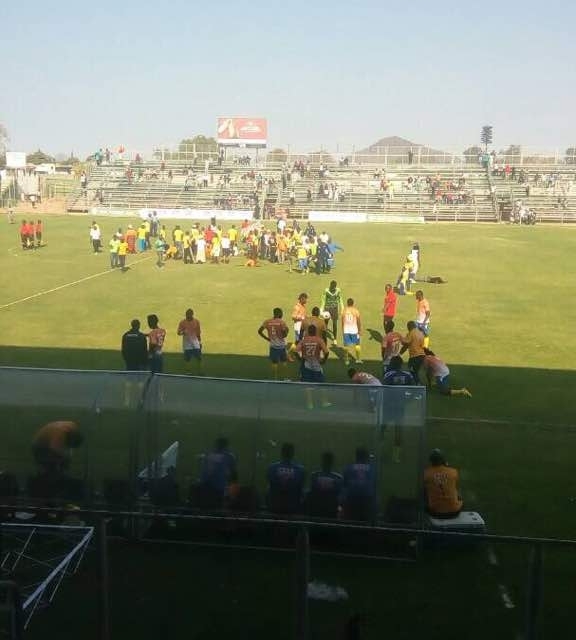 Harare City coach Philani Ncube says he is dedicating their victory over Highlanders to their injured supporters who were attacked by some Bosso hooligans.

The match was filled with some drama off and on the field of play. The eastern end which was housing the Harare city brass section was invaded by some hooligans who started to attack the city fans by throwing stones, plastic bottles and anything they would lay their hands on.

The police watched helplessly at the unfolding ugly scenes and the city fans had no option but to run for safety into the field of play forcing the referee to temporarily stop the game. With this stoppage the medics took the advantage by attending to the injured on the pitch.

More than seven injured fans were attended to and about four of the seriously injured were rushed to the hospital for further treatment.
The match resumed after a stoppage of at least 13 minutes after the city fans had been evacuated from their bay which had already been occupied by Bosso fans. Towards the dying stages of the match Tatenda Munditi the Harare city keeper was hit by a missile and the match had to be stopped again.

Philani Ncube the city coach felt that it was poetic justice delivered by GOD, their victory over Bosso.

“Poetic justice has prevailed some of our supporters were attacked and manhandled. Only GOD delivers”, said Ncube.

“We are definately dedicating this win to our injured fans. We are happy that we have played this game at a neutral venue and had we played at Barbourfields stadium it would have been a different ball game altogether.

Since the inaugural competition in 2014 Harare city have not failed to progress to the semi finals.