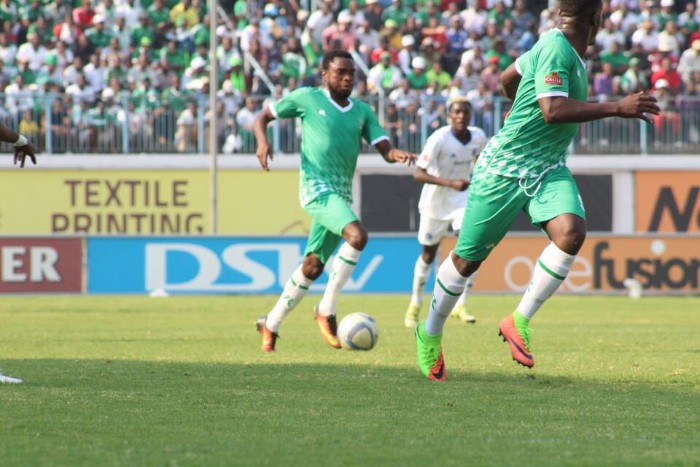 Five matches are lined up across the land today in the Castle Lager Premier Soccer League Match Day 26.

CAPS United will host Chicken Inn at National Sports Stadium at 1900 Hrs. The Gamecocks are chasing the title and they are on second position on the table with 51 points. The match promises to bring excitement as the visitors are hoping to put a better performance in order to complete their first double over Makepekepe.

The last encounter between the two teams ended in a 3-1 win in favour of the Bulawayo side. However, it’s CAPS who enjoy dominance with eight victories in their 13 games they played each other.

Chicken Inn are smarting away from a 2-1 defeat to Yadah in Match Day 25 and a win today will definitely boost their chances of winning the championship.

FC Platinum is another team in the title contention and they will face Yadah FC at Rufaro Stadium earlier in the day.

Pure Platinum Play are in a four league match winning run and are tied on same points with Chicken Inn. They suffered a set back last weekend when they were knocked out of the Chibuku Super Cup. Any slip in today’s match will give them a huge blow in their quest to win the league.

Elsewhere, Ngezi Platinum Stars will be in action against ZPC Kariba at Nyamhunga Stadium.

The two teams are separated by a 10 point gap. Ngezi are on fourth position while ZPC Kariba is sitting on 5th place.

At other centers, Barbourfields Stadium will open its door to league games for the first time in more than a month when Bulawayo City entertains visiting Tsholotsho while across the city How Mine play at home to Triangle United at Luveve Stadium.

The game between Hwange and Black Rhinos will be played at Colliery Stadium.