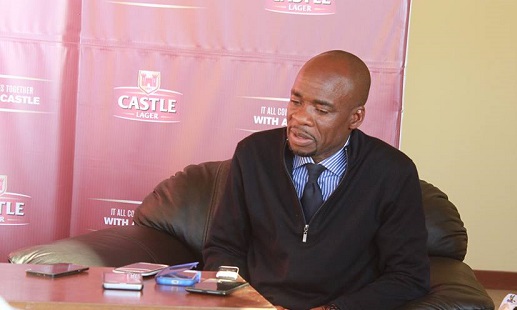 How Mine coach Kelvin Kaindu is hoping for a miracle to happen and see his side win the league title.

Kaindu was put into ‘fantasyland’ after his team beat Black Rhinos 2-1 at Rufaro and move into fifth position with 43 points, 10 points behind log leaders Dynamos who are still to play Harare City on Sunday. Tinashe Makanda and Pasca Manhanga scored in between Benjamin Marere’s goal to give How Mine the victory.

” It looks a bit impossible but if you look at the teams at the top, there is not team that is consistent. At one point it looked like Chicken Inn were running away with it but look at what happened. The teams in the race are still to play each other and will cancel each other so we need to continue winning,”.

How Mine had a good start to the season but chocked in the middle due to player unrest over unpaid salaries and winning bonuses.

At some point the team was forced to field fringe players against Dynamos in a match they were drubbed 6-0 after the senior refused to play.

Boasting of seasoned players such as Pasca Manhanga, Kuda and Musharu, Peter ‘Rio’ Moyo, Milton Ncube , Makundika Sakala and Munyaradzi Diya, How Mine remains one of the stronger players sides in the league. Kaindu’s side is left with tricky last eight assignments against Yadah, Hwange , Bulawayo City, Caps United, Highlanders, Shabanie Mine and Harare City.