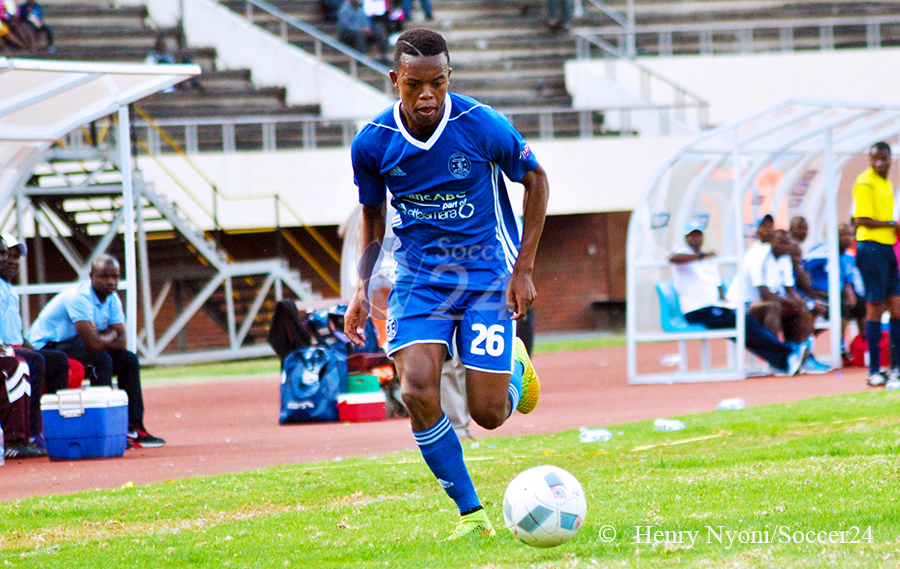 Dynamos managed to ease pressure at the top after they beat Harare City 2-1 in a match played at the National Sports Stadium.

Peace Makaha was the toast of the day when he scored an opener for Chazunguza before the Tally was doubled in the second half. His presence on the pitch was heavily felt from one end to another as he inspired his team to a crucial win.

The game had a cagey start and it only picked up tempo after Masimba Mambare ‘s shot was saved by the goalkeeper in the 8th minute. Moments  later Harare City responded by a counter attack which was saved at the end by the goalkeeper. The hosts soon settled and started retaining more possession. Their breakthrough came in the 28th minute when Makaha met a cross and and sent home a powerful strike which beat the goalkeeper.

The Sunshine Boys tried to get back in to the game and put pressure in search of an equaliser but they went to half time trailing by a goal.  Things didn’t change much in the second half, instead it was the Glamour Boys who doubled their lead in the 68th minute when Raymond Uchena scored in his own net. City tried to come back in to the game when Martin Vengesai pulled back one but it was too late as his goal was just a mare consolation in the added time.

At Barbaourfields, Highlanders did Dynamos a great favour after ruthlessly put four past another title chaser Chicken Inn.

The emphatic victory for Bosso did not only come as a blow for the Gamecocks but it was also their first victory in the encounter since 2011. Goals from Godfrey Makaruse, Ralph Matema and a brace from Simon Munawa was what the Bulawayo Giants needed to grab this heavy win.

Munawa opened the scoring in the 26th minute before Makarutse doubled the tally in 52nd minute. Munawa completed his brace a minute later while Matema rounded up the victory in 59th minute.

Elsewhere, Hwange returned to winning ways after they beat Bulawayo City 1-0 at Colliery.

Shepard Gahadzikwa scored the only goal of the match in the 62nd minute from a rebound after keeper spilled the ball.

It was a different story at Luveve when visiting Shabanie Mine cruised to an easy 3-1 victory over struggling Bantu Rovers.

The Chinda Boys got its goals from Wellington Taderera who scored a brace and Dzumbunu. Bantu only pulled back one in the 68th minute but it was not enough to bring them back in to the game.   Menwhile at Gibbo Triangle and Yadah played to a 2-2 draw.