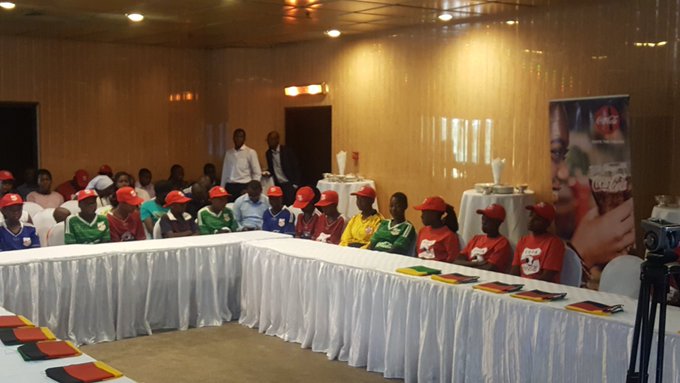 The Zimbabwe Copa Coca-Cola Under-15 boys and girls Dream Teams will leave the country today for a one week global camp in South Africa.

For the local girls, they will be making their maiden appearance at the competition where some of the participating countries include South Africa, Russia, Nigeria, Tunisia and Kenya.

The Zimbabwean girls are coached by five times in a row Copa Coca-Cola winning mentor, Yeukai Chiruvu of Chidyamakono while Eremu Madzinga from Rusununguko, the 2017 boys champions will take care of the local lads.

In South Africa, the Zimbabwean youngsters will have the opportunity to be imparted with mentorship and football skills from professional coaches who will be availed to them. They will also tour a number of places including Moses Mabhida Stadium and Durban City.

In South Africa, teams are going to compete in five-a-side matches.