Pique insists he will not quit Spain despite heavy criticism 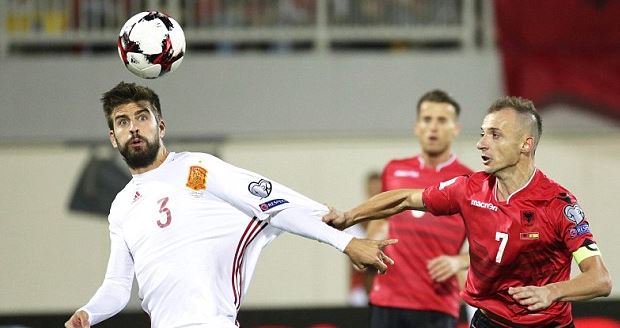 Barcelona defender Gerard Pique has decided to go against his initial decision to quit Spain national team for Catalonia after he was heavily criticised for his comments.

Pique was taunted during an open training session with Spain on Monday, a day after he made his controversial remarks on the independence of Catalonia.

The defender said he was fully committed to the team and his decision to quit was ill-timed.

“I considered it [quitting the Spain team] but in the end you have to evaluate every option and after thinking about it for a long time that I decided not to as leaving now would be letting the people who insult me win,” said Pique in a news conference.

“It’s impossible to doubt my commitment to the national team, I’ve been coming here since I was 15, I consider this to be my family. I’m proud to play for Spain and it hurts me that people doubt that.”

Spain will play Albania on Friday where a win could seal their place in next year’s World Cup in Russia.