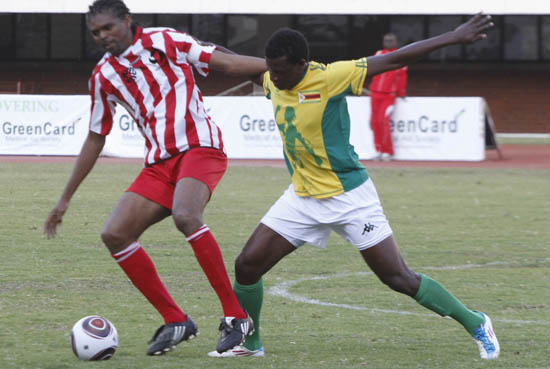 Nigeria and Arsenal icon Nwankwo Kanu has implored upcoming players to embrace hard work if they are to turn their dreams into reality.

Addressing upcoming footballers at Prince Edward High School during a coaching clinic in Harare yesterday, Kanu said any player can realise their dream if they invest in hard work.

It was a memorable day for young players from Prince Edward and Churchill High School who were taken through paces by the iconic player as part of his 2 day stay while accompanying the Emirates FA Cup Trophy.

The lanky striker who is an Emirate FA cup ambassador, allowed fans feel the trophy. The young players also took time to take pictures with Kanu with the England FA Cup Trophy.

In his playing days Kanu won the FA cup with two teams, being Arsenal and Portsmouth.