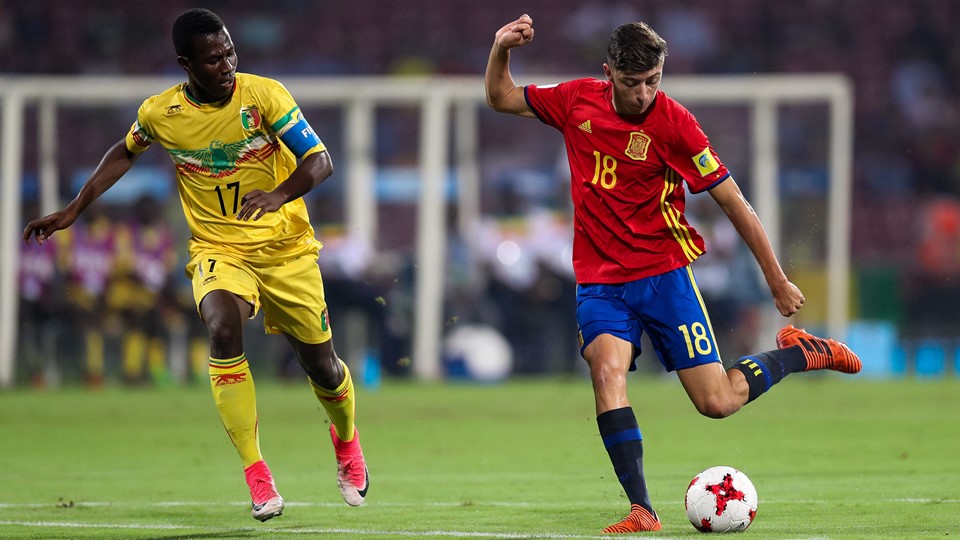 Mali’s bid to reach a second straight Under-17 World Cup final ended in Mumbai when they lost 3-1 by Spain, who will meet England in Saturday’s final.

The European side led 2-0 at half-time thanks to a penalty and a slide-rule finish from captain Abel Ruiz.

Mali rallied, but Cheick Doucoure’s fine strike was not given even though replays showed it had crossed the line.

The goal was his fifth of the tournament for the African champions.

Mali was the only country left carrying African hopes after Ghana,  Guinea and Niger failed to progress further. Ghana and Niger met in the last 16 of the tournament after Niger came out as third best runner up while Ghana topped group A.

Ghana beat Niger 2-0 to book a quarter final clash against Mali who had thrashed Iraq 5-1 in the first knockout stage. The quarter final game ended 2-1 in favour of Mali.

Mali who were runners-up in 2015 to eventual champions Nigeria, will now play Brazil in a third-place play-off in Kolkata on Saturday.