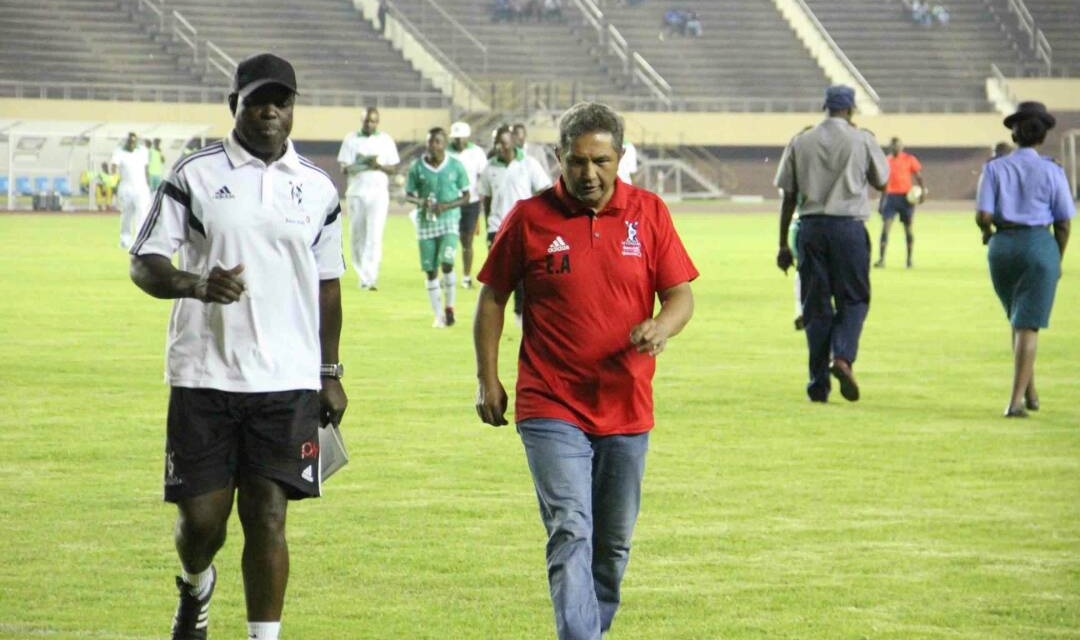 Erol Akbay is targeting a top five finish as he bows out as Highlanders coach at the end of the season.

Highlanders who are on 40 points , nine points behind fifth placed Caps United host Black Rhinos at Barbourfields Stadium this afternoon.

“I want a top five finish at the end of the season. We played well in our last match against Caps United but my players were frustrated by the combination of referees and the ball balls. We have been playing well but sometimes these referees are always against us,” said Akbay.

“We have written several letters to ZIFA complaining about the conduct of the referees and nothing has been done and we then we ask ourselves that, is it worth writing them? They continue to send us the same referees we complain about.”

Interestingly, the Dutch man was targeting a top four finish two weeks ago but it seems he is thinking again after last Thursday’s 3-1 defeat to Caps United. This was Bosso’s 11th defeat of the season.

Meanwhile, Highlanders lost 3-0 to Black Rhinos in the reverse fixture.