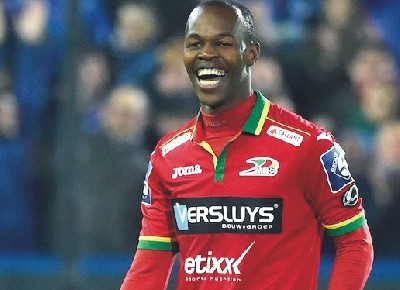 Several Zimbabwean players were over the weekend in action abroad for their respective clubs.

Kowledge Musona (KV Oostende, Belgium)
Knowledge Musona was on target as his side continue to work their way out of the Milky waters of relegation. Musona scored the second goal of the game on the stroke of halftime on Saturday as Oostende beat Lokeren 3 nil. It was their 2nd successive win and move away from the base of the standings for the first time in 8 weeks.

Marvelous Nakamba (Club Brugge, Belgium)
Marvelous Nakamba was substituted in the 76th minute as his side ran riot beating St.Truiden 4-1 to extend their stay on top of the Belgian Pro League

Costa Nhamoinesu (Sparta Prague, Czech Republic)
Costa Nhamoinesu returned to action after several weeks of absence from the playing pitch. He featured for the full 90 minutes in Sparta’s 3-2 win over Banik Ostrava over the weekend.